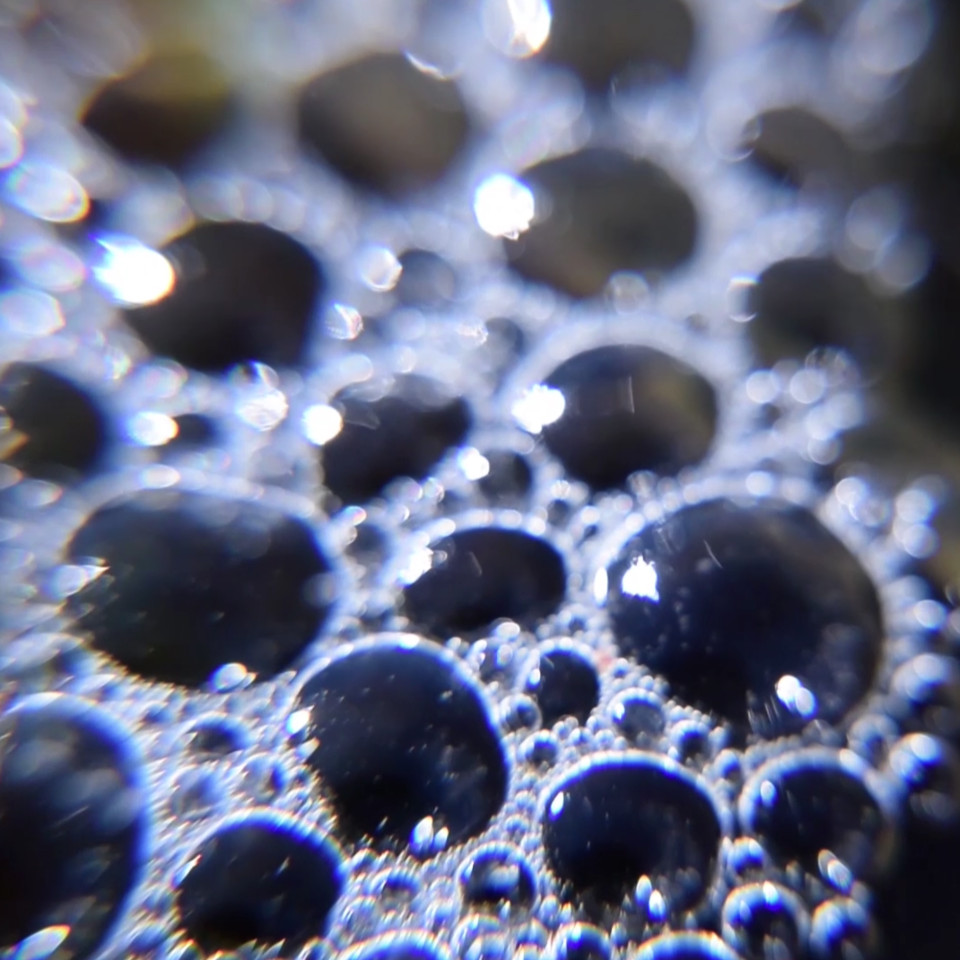 BioSignals project is a series of site-specific events that has explored the overlaps of sound art, narrations and nature-based data streams by human and non-human cultural producers involving Pixelache members and other invited guests, that began in Spring 2018.
On Saturday 25.5. 14:30-17:00, with a programme themed as ‘Augmented Listening for The Bio-Community’ (* see below) in which devices that sample and amplify signals from such processes as CO2 circulation, soil respiration and photosynthesis, as well as elemental wind, electromagnetic frequencies and fluid ecosystem of swamps will be introduced by artist-researchers Teemu Lehmusruusu, Krista Dintere, and Juan Duarte as a combination of presentations and a picnic type outdoor listening event.
Artist Presentations at SOLU by Teemu Lehmusruusu, about his work Maatuu uinuu henkii (Respiration Field), 2019, and Krista Dintere about her collaboration with Swamp Radio project (2018-) will start at 14:30, with approximately 30mins given to each.
NB: This event will be followed by the Aeolian Artefacts Picnic featuring an informal presentation by Juan Duarte among others that takes place near to SOLU in Katajanokka, leaving the gallery at 15:30.  Free vegan picnic snacks will be provided for the first 20 people.
Teemu Lehmusruusu, artist-researcher
Maatuu uinuu henkii (Respiration Field), 2019.
Maatuu uinuu henkii (Respiration Field) is an autonomous system that functions following the CO2-breathing of the ground, in other words the soil respiration and photosynthesis of the plants. Through solar power it uses the same source of energy and day cycle as the soil life. The plants are selected based on their soil improvement qualities. The changes in the CO2-circulation affect the soundscape as well as the lighting, also subject to the predominant outdoor light situation, of the glass chambers manifesting the ground as dynamic, living entity, with which all life on land breath and live.
This work is produced independently of Pixelache as part of the Trophic Verses project by Telling Tree art+rsrch and Kunstventures and financially supported by Kone Foundation, AVEK and Arts Promotion Centre Finland. The installation is also part of Lehmusruusu’s Doctor of Arts dissertation. It will be installed in the Kaisaniemi Botanic Garden at the beginning of June. During the weekend of 24–26th May, Lehmusruusu will furthermore be with his production team during Ihana Helsinki festival on site at the garden for curious visitors if you would like to learn more about the process, environmental location and installation. More information will be presented at www.trophicverses.com. Keywords: Generative environmental installation, consisting of glass, CO2-sensors, actuators, led lights, mechanics, code, plants, solar energy

Teemu Lehmusruusu (b. 1981) is a Helsinki-based media and installation artist whose works examine and test the basic conditions and causalities of life in our common environments. Lehmusruusu completed a Degree Programme in Photography at Aalto University and also studied at the Berlin University of the Arts. He is currently working on Trophic Verses, a four-year artistic exploration into the life of soil. He is working on his PhD in artistic research at Aalto University.

Krista Dintere, artist & lecturer at MpLab (Art Research Lab at Liepaja University)
Swamp Radio contribution, 2018.
Krista Dintere's contribution to Swamp Radio project is a collaborative sound composition exploring the relations between factuality of field recording and the fictional soundscape created by transmitting field recordings through the circuitry of modular synthesizer. The sound composition merges samples of amplified and recorded audible ecosystem of Liepaja lake wetlands with purely electronic sounds generated in studio while revisiting the factual sounds and creating a sonic narrative. This project tries to communicate between different species while granting a voice to those previously unheard - organisms living in swamps and wetlands. Collaborators from MpLab (Art Research Lab at Liepaja University) include: Krista Dintere, Ieva Viksne, Diana Mikanova, Paula Ostupe, Kaspars Levalds.
The Swamp Radio project is a part of earlier creative research of Biotricity by artists Rasa Smite and Raitis Smits at RIXC. Biotricity sonifies and visualizes the fluctuation of bacterial electricity generation, and artistically interprets collected data from the environmental monitoring. In spring of 2018 Rasa Smite and Raitis Smits expanded their Biotricity research into water reservoirs and marshlands creating the Swamp Radio monitoring and transmitting environment in the Boston area, for the wetlands of Venice and in Kemeri bog near Riga, Latvia, as well as opened-up the project for collaborations on sound compositions that would explore the main concepts of Swamp Radio.
Krista Dintere is an artist from Latvia working between the fields of Sound Art, Experimental Composition, Media arts and creative research. In her works she focuses on Sound as a material in Arts, explores the borders of physicality of sound and how sound is communicated. Recently she is focusing on site-specific installations and experimental compositions which try to reveal the relationship between factuality of  field recordings and fictional sonic worlds created by means of artistic interpretation. Krista Dintere has participated and her works have been presented in media art and sound art exhibitions, projects and light festivals in Latvia, Lithuania, Estonia, Germany, Italy, Poland, including RIXC Gallery and “Staro Riga” lights festival in Riga, Art Research Lab MpLAB in Liepaja University,  Art Laboratory Berlin, project "Swamp Radio" Lithuanian national pavilion in Venice Architecture Biennale.
Krista Dintere: https://soundcloud.com/dintere
For more information about Swamp Radio see: http://smitesmits.com/SwampRadio.html

/// AUGMENTED LISTENING FOR THE BIO-COMMUNITY

When situated in a landscape, Juan Duarte's Aeolian Artefacts, Teemu Lehmusruusu’s Maatuu uinuu henkii (Respiration Field), and the Swamp Radio project can be considered as examples of an artistic and scientific instrument that function as potential communication media between agents in a surrounding ecosystem. As such they make an intentional gesture comparable to bird song that is exposed to not only one species, but to possible inter-species meaning-making.
By translating its surrounding signals into others, the Aeolian Artefacts' interface generates a musical blend of environmental forces and sounds, becoming a potential communication and mis-communication device between multiple agents and species. What is communicated then? Although the Aeolian Artefacts - and the aeolian harp which it refers to - has its sphere of meaning among human culture that directs its human interpretation and use (as a device deepening the human-nature relationship with a certain esoteric dimension it is used as part of a ritual, a moment of contemplation of invisible forces made audible), its interfaces with other spheres of signification, including non-human ones, make one wonder whether it can resonate with other species' minds as well? In order to do so, what should the harp communicate?
If, in the case of the Respiration Field, the ‘breathing’ of the soil is something that we can sense aurally and visually, does it help us humans find affinity or attention to this fundamentally important ecosystem process? How might other beings or systems adapt with this stimulus? It is also about relations and causualities. From an anthropocentric, or human-centered point of view, we seem to find it interesting and delightful that also soil breathes, when the case is, much more accurately, that we humans breathe also. The modern era's idea of human's separateness from ‘nature’ sits tight in our everyday perceptions, and we need to work on it habitually.
On a much more abstract level Krista Dintere's contribution to Swamp Radio project can be seen as giving a voice to species misheard by the naked ear. By using hydrophones (hearing under water), contact microphones (hearing vibrations in matter) and amplification of signals in the form of field recording the sound composition becomes a tool for broadcasting live and living signals from the wetlands. The process of sampling and adding an artistic level of interpretation of the signals in studio brings the ecosystem of a wetland more comprehensible and evokes imagination and empathy towards other species.
(Collaboratively written by Mikko Lipiäinen, Teemu Lehmusruusu, Krista Dintere and Andrew Gryf Paterson)
///
/// BIOSIGNALS /// SOLU, Luotsikatu 13, 00160 Helsinki Finland , Katajanokka /// 25.05. /// 14:30 - 17:00 ///