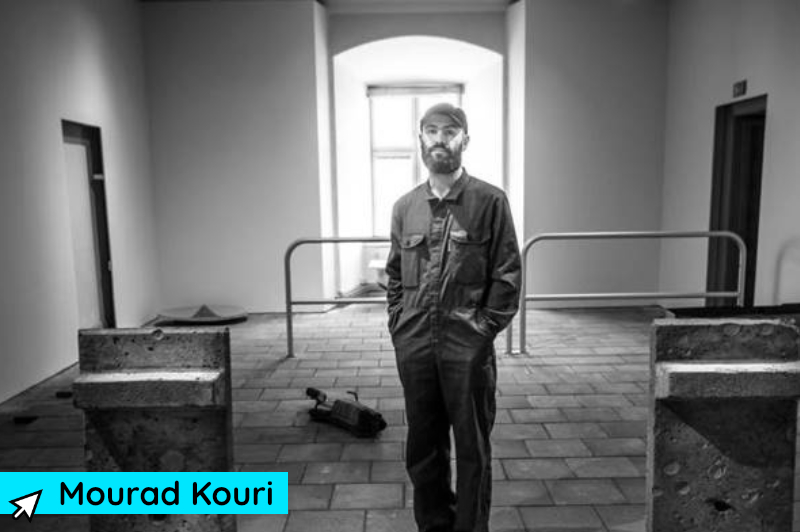 Mourad Kouri (b. 1987) is the recipient of the 2018/2019 Uppsala Municipal Award Grant for Newly Graduated Visual Artists, which consists of a one year’s studio space on the premises of Hospitalet studio association in the Ulleråker area, as well as the opportunity to exhibit at the Uppsala Art Museum. Kouri received a master’s degree in Fine Art from the Royal Institute of Art, Stockholm in 2018. He also holds a BA in Fine Art from Concordia University, Montreal, as well as a BA in Philosophy from Södertörn University, Stockholm.

Kouri has exhibited nationally and internationally at venues such as Asilo Sant’Elia (Como), Nuda (Stockholm), Örebro Läns Museum (Örebro), Eastern Bloc (Montreal), HAVN Gallery (Hamilton), Mossutställningar (Stockholm), amongst others. In 2018, he was invited to the Artists Research Laboratory at Fondazione Antonio Ratti in Como and has collaborated with Tensta Konsthall and Index: The Swedish Contemporary Art Foundation in Stockholm. His work has been published in journals such as Hjärnstorm, Paletten, Tydningen, Nuda Paper, The Void Magazine, and he has been awarded grants from The Swedish Arts Grants Committee (IASPIS), Konstakademien, Helge Ax:son Johnsons Stiftelse, amongst others.