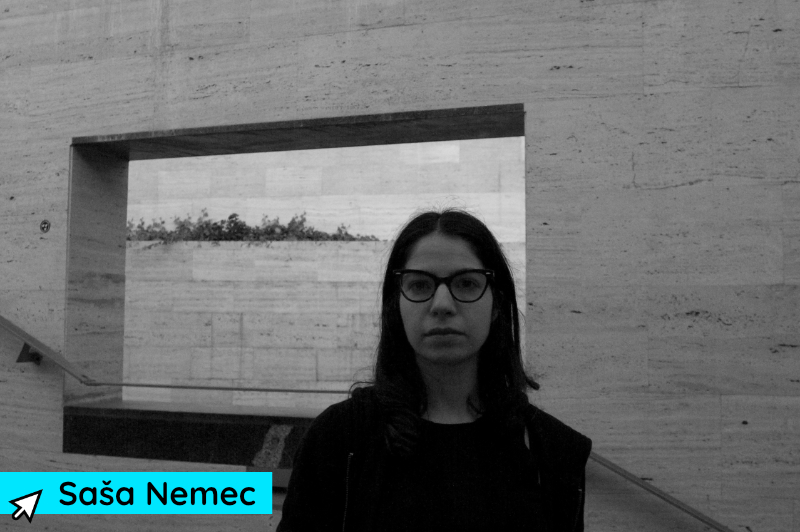 Saša is one of this year’s Artistic Directors and has previously worked on several exhibitions, events and festivals. In 2010 she was one of the founders of Atelier Indevin, a Ljubljana based Institute for Fashion, Arts and Design where she has collaborated with non-profits and galleries alike, especially while coordinating the three-day festival Kalejdoskopov Fonografit.

She moved to Finland in 2015, where she started organising her own volunteering events with the moniker of Repair-a-thons, firstly in the scope of Vaatevallankumous or Fashion Revolution Finland, then independently. She has collaborated with several institutions in Finland and abroad, like the Designmuseo, Aalto University, Upcycling Design Center and Fashion Colloquium. From 2017 onwards she is part of the Collective Intelligence working group with whom she presented several projects in Helsinki and Palermo, Italy. Their latest project Il Traffico was part of the Manifesta12 5x5x5 events.

She joined the Pixelache association in 2017, after volunteering for the 2016 Pixelache Helsinki Festival. She firstly acted as a member and Social Media Manager and later joined the board and started to actively partake in the production of the association’s events, most notably last year’s Post Maker Camp.
As part of the Art Director's team, she wants to focus on events and projects that break the barrier not just between technological and real experiences, but also between viewers and participants. The 2019 Pixelache Festival will be a chance to experiment with engaging projects and diverse viewership, as part of her ongoing research about diversity, participatory actions and community.