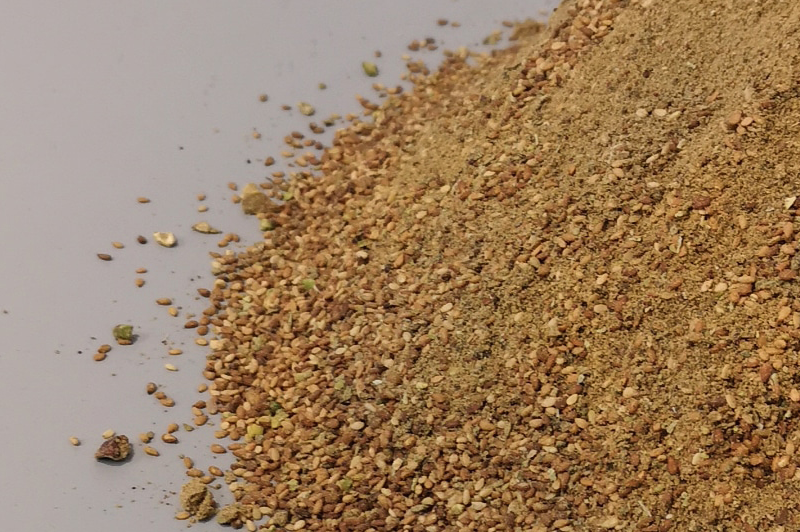 The Museum of Impossible forms Performance Lab has requested the visual and performance artist Mourad Kouri to present their project during this year's Pixelache Festival - Breaking the Fifth Wall.

Tel al-Za’atar™ is a narrated code-switching performance, where cultural historical perspectives blend in a gastronomic session, as the za'atar spice blend will be made and served with olive oil and bread. In 1922, traces of za'atar was found in the tomb of Tutankhamun. In 1976, Tel al-Za'atar, a Palestinian refugee camp on the outskirts of Beirut, was overrun after a nine-month siege by right-wing Lebanese forces. The camp was reduced to rubble, and most of its inhabitants massacred, while a few managed to escape.