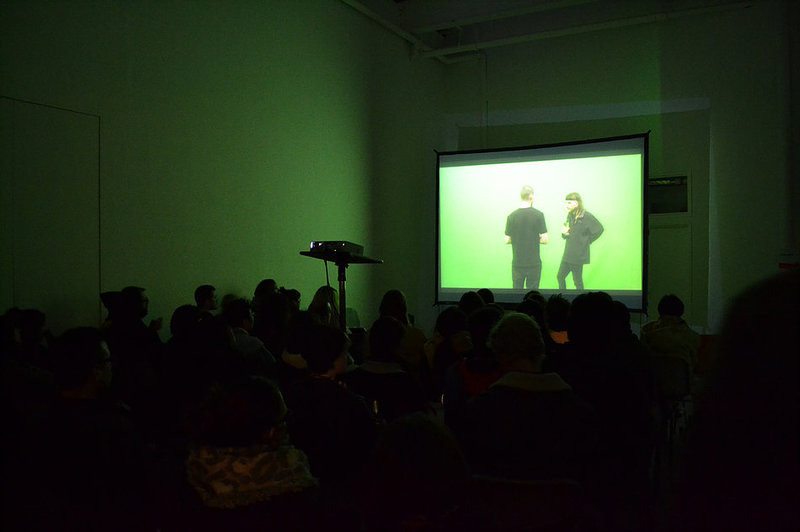 The BF Artist Film Festival is a critical platform for artists working with moving image. Open to national and international artists, the festival programme is selected via a recurring open call held 3 times annually.  The free entrance tickets are available through Eventbrite.

The Pixelache 2019 Festival iteration of the BF Artists Film festival is curated by Beth Fox.

Despite its current prevalence in degree shows, commercial exhibitions and international biennales, video art can still be overlooked in a gallery setting. The BF Artist Film Festival was established in 2016 to give artists working with moving image the opportunity to have their films screened in a cinema setting where they could be watched in their entirety. The event was originally known as 'The Bomb Factory Artist Film Festival' as it was hosted by The Bomb Factory Art Foundation in London, but in 2018, the project became independent of space and was renamed The BF Artist Film Festival. The festival now partners with different artist-led spaces around the UK, aiming to offer multiple and varied screening opportunities to selected artists while engaging new audiences around the country.

The BF Artist Film Festival acknowledges that it is increasingly difficult for emerging artists to operate as the price of studios and further education continues to rise. The Festival works to address this by keeping application fees to a minimum and providing a supportive network to promote emerging and early career artists working within the field of moving image.

Parallax Something Equals Everything by David Sherry (9)

The Self Centred by Electra Lyhne-Gold (7.00)

Actions on stillness by Imann Gaye (2.00)