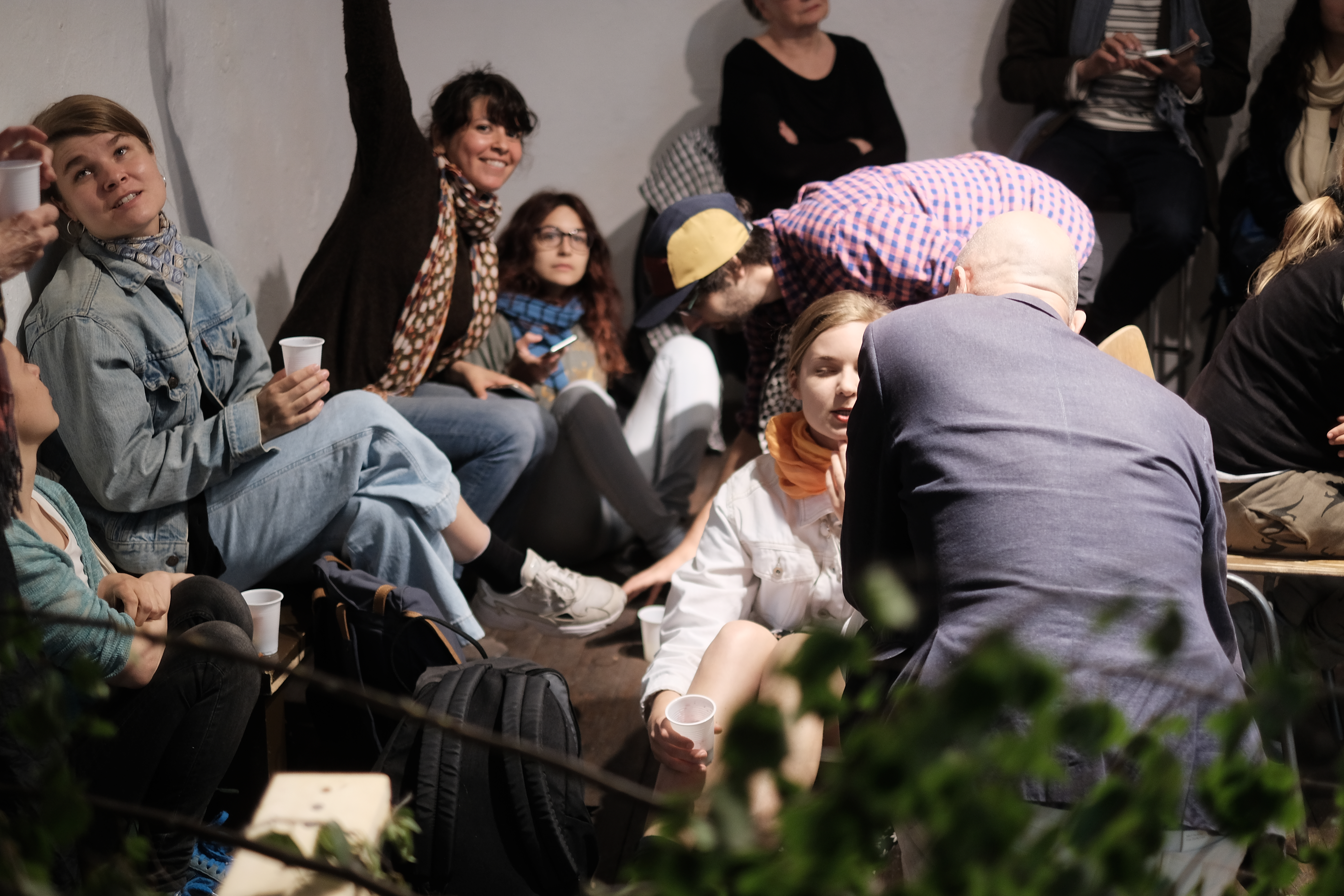 Images From Day 4 of 2019 Festival - Breaking the Fifth Wall, Words by Steve Maher, Photos by Antti Ahonen and Currated by Mathilde Palenius

Day four of our festival, at the far end of the Helsinki metro station in Kontula, Jan Lütjohan continues to work with his merry troupe of carpenters as part of Working with hands in a post-industrial society at The Museum of Impossible Forms. While we lack documentation from the second day of this workshop, it is marked as a resounding success, with new skills and understanding of material imparted to its participants.

Meanwhile in the heart of Suvilahti, with our old friend Marc Dusseiller and with our host Oranssi, a far less ludditiary workshop takes place. Also focused on working with ones hands, but with a very different set of materials and skills, manipulating SMD electronic components on custom Pixelache 2019 - Breaking the Fifth Wall printed circuit boards, the 8-Bit Mix Tape Workshop takes place. 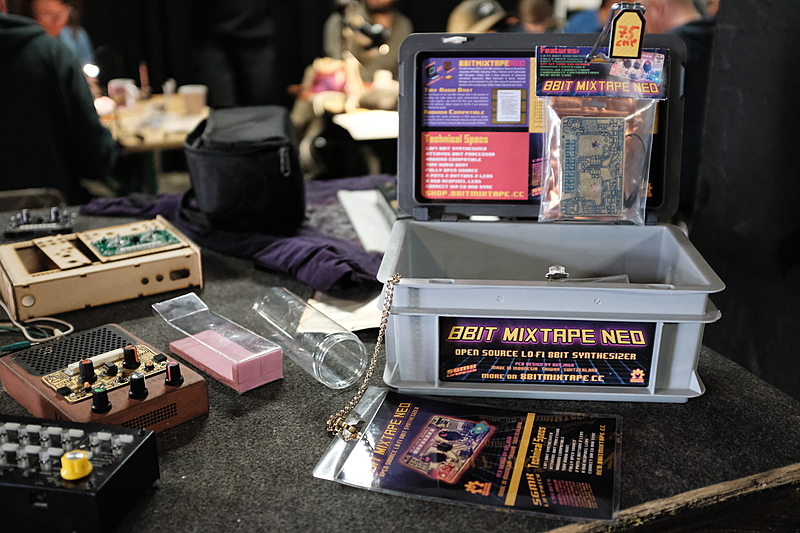 I have to confess, as self declared soldier sucker and chiptune addict, this workshop harkened to my heart. Each participant was tasked and guided by Dusseiller to fabricate their own custom 8 Bit Mix Tape Neo, a wonder of collaborative technological design, a fully programmable pocket synthesizer, open source, lo-fi and 8 bit. A little machine which punches far above its weight in terms of what it can achieve. For many of us involved(but not all) it was our first experience using SMD components for electronic kits, these tiny resistors, smaller than grains of however are surprisingly straightforward to work with. 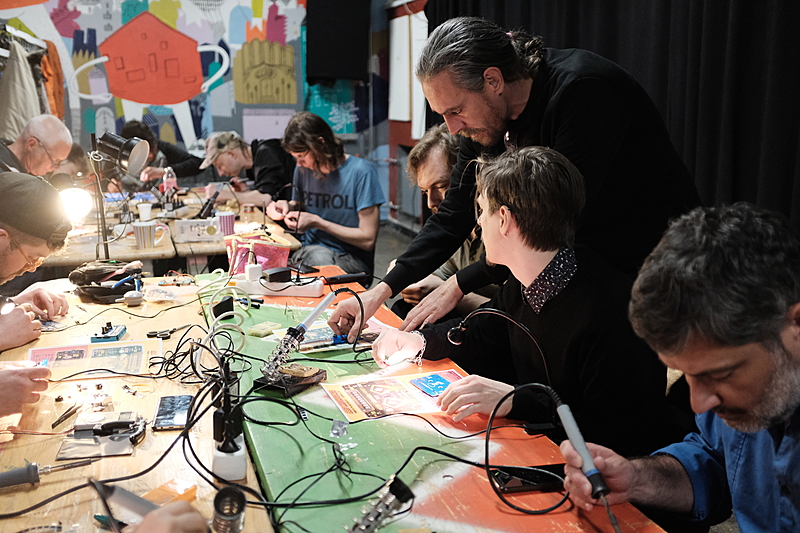 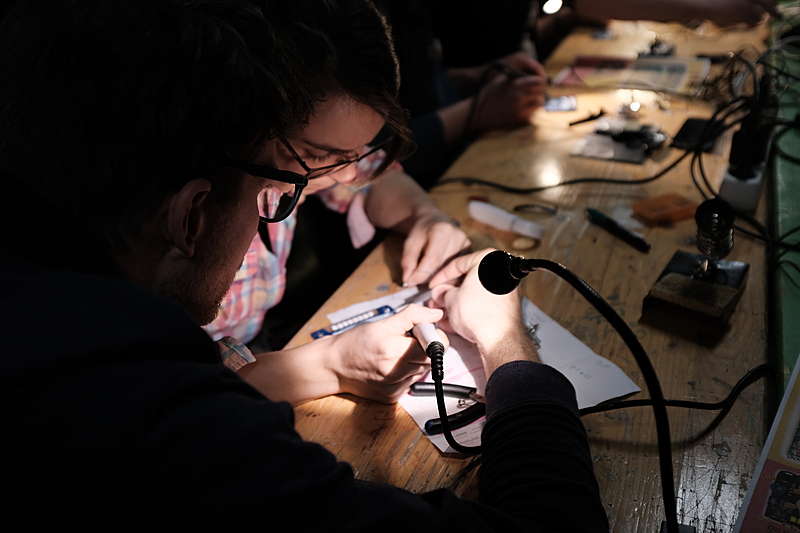 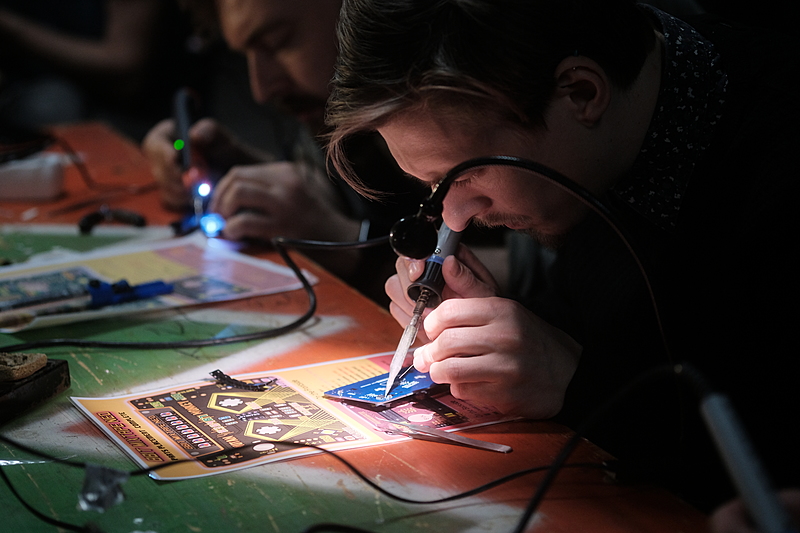 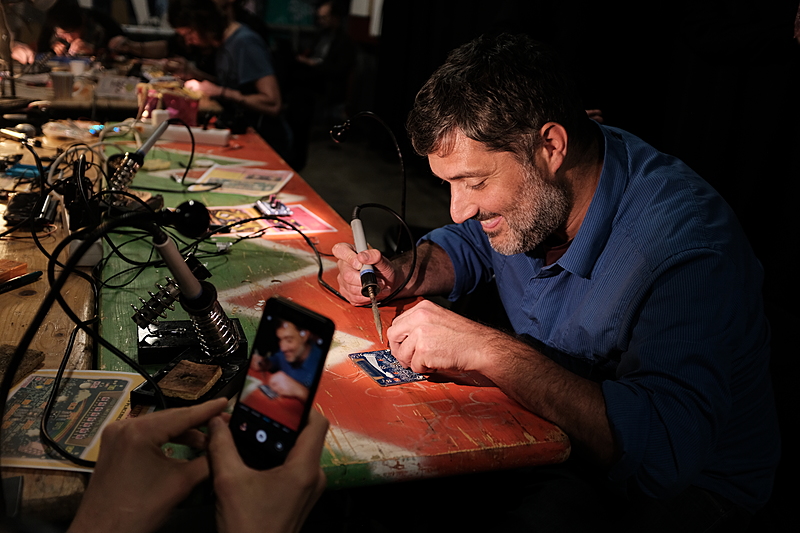 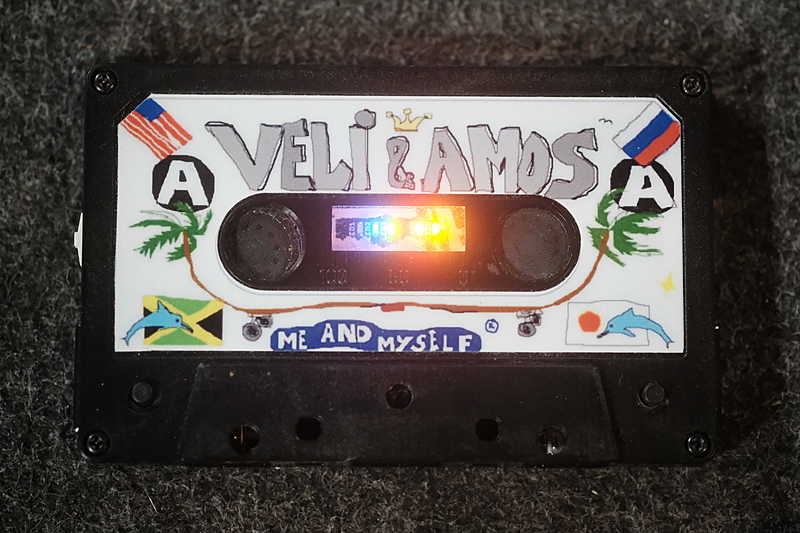 Of course once completed, who could resist a jam. 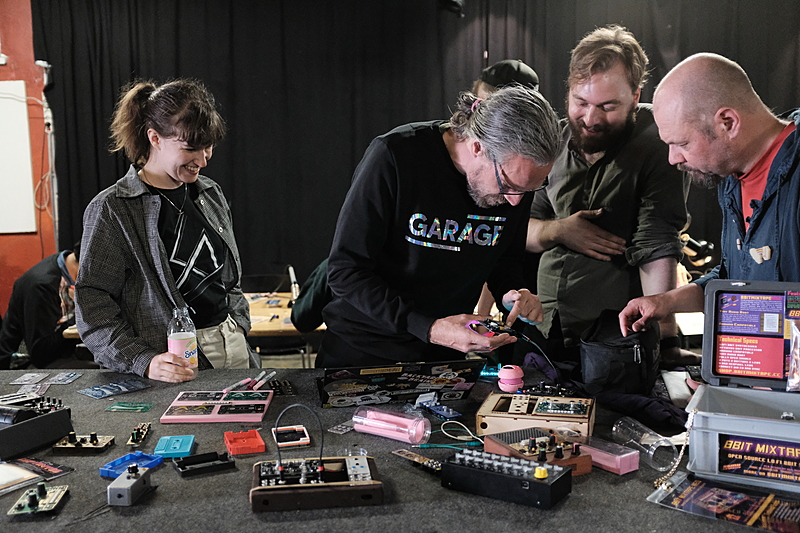 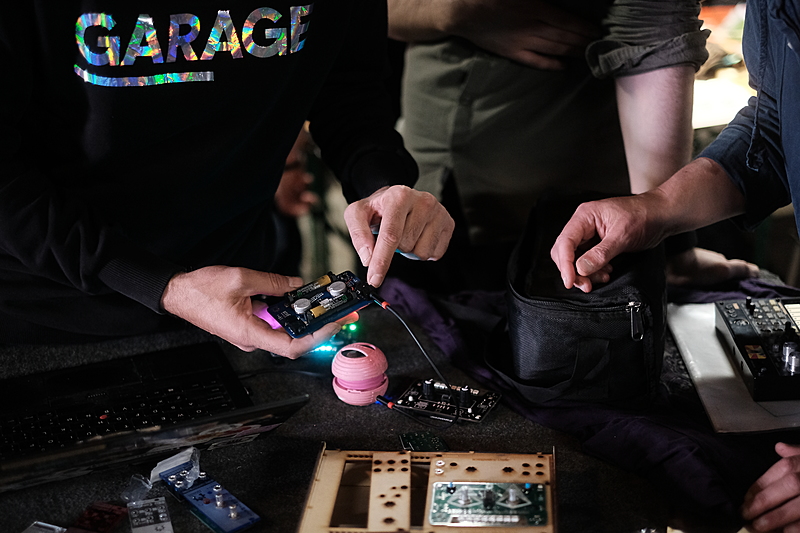 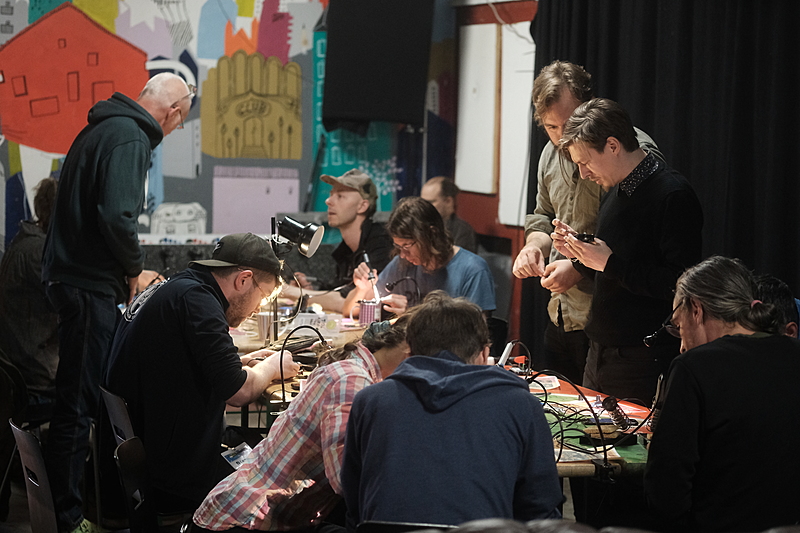 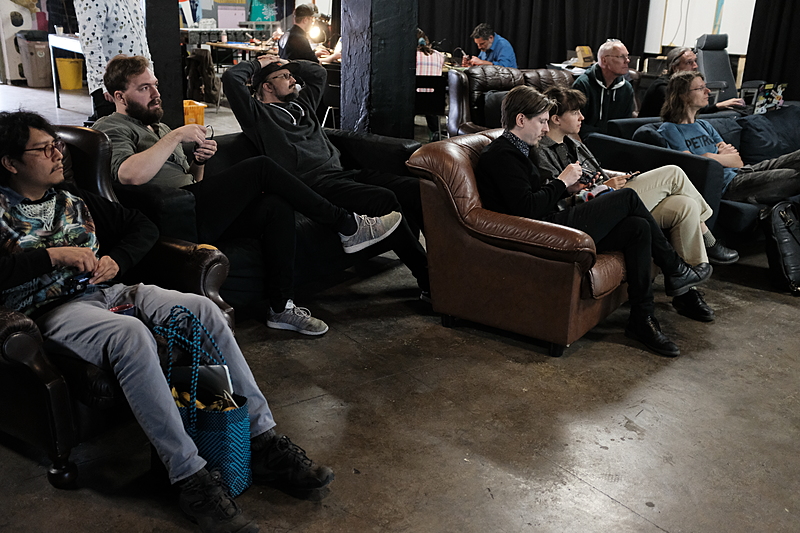 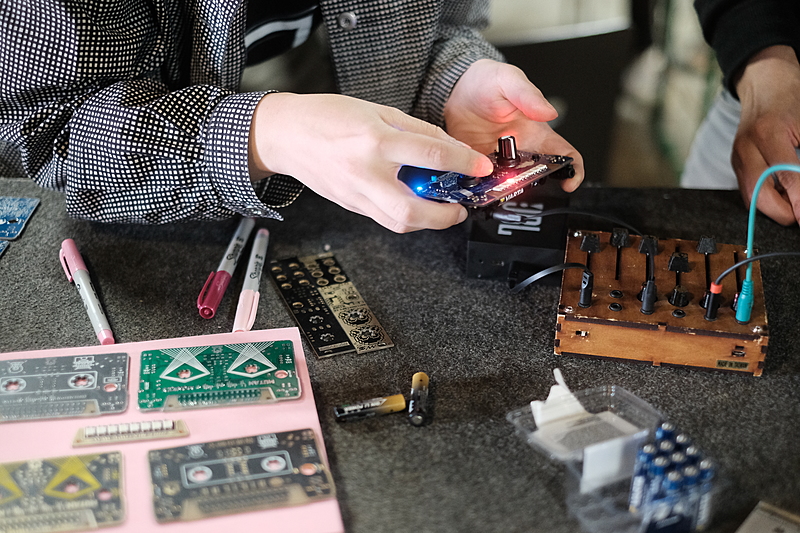 Across to the other side of Helsinki, Downtown in Punavouri for the fourth night of Seven of Seven, featuring a live art performance by Tomas Szrama. I personally did not get to attend, as I was over seeing the second night of the  BF Artists Film Fest hosted by Beth Fox. The documentation speaks for itself, Szrama engages the audience with a special guest of a birch tree. Cutting a tree in half is no easy feet, particularly when one is attempting to balance on said tree with their very own pair of feet. The performance demands attention, and easily gets it. 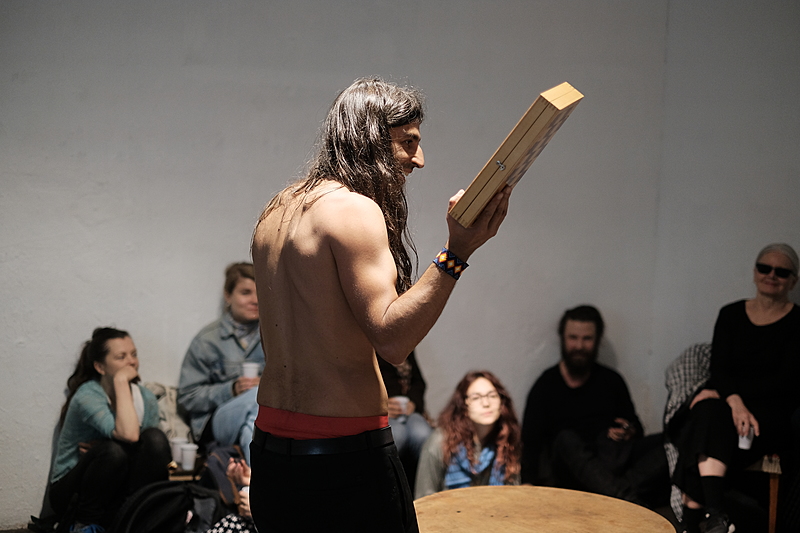 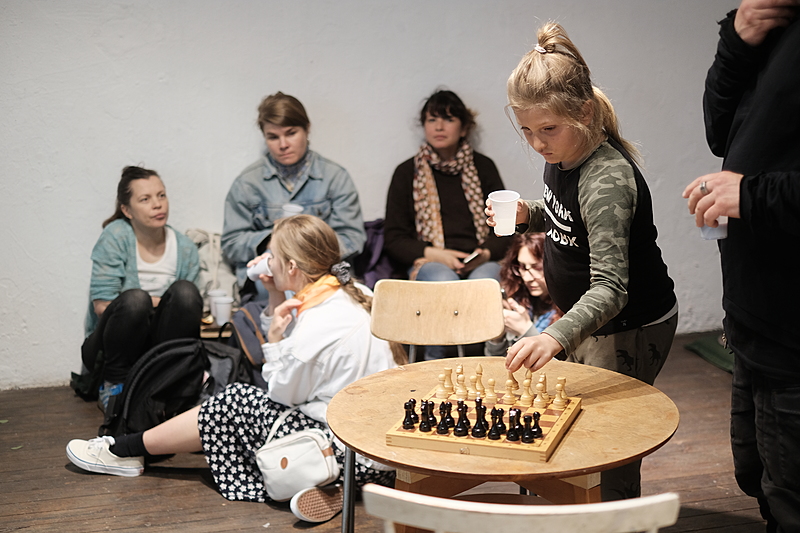 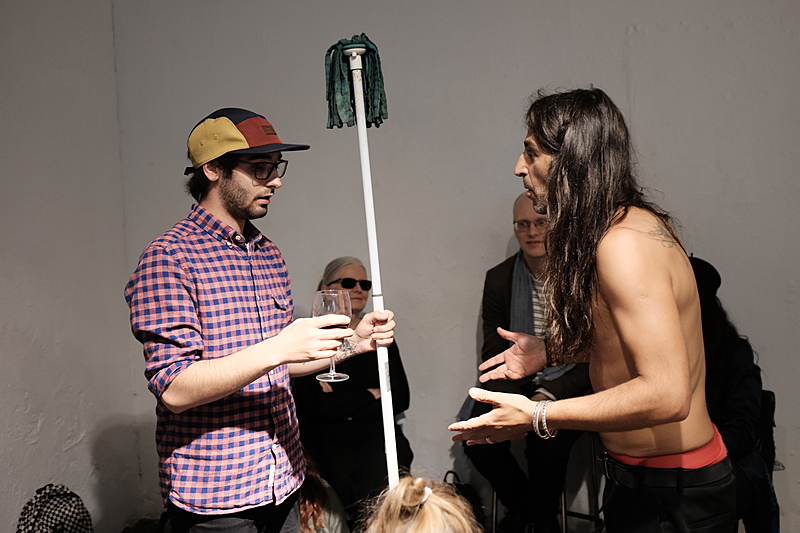 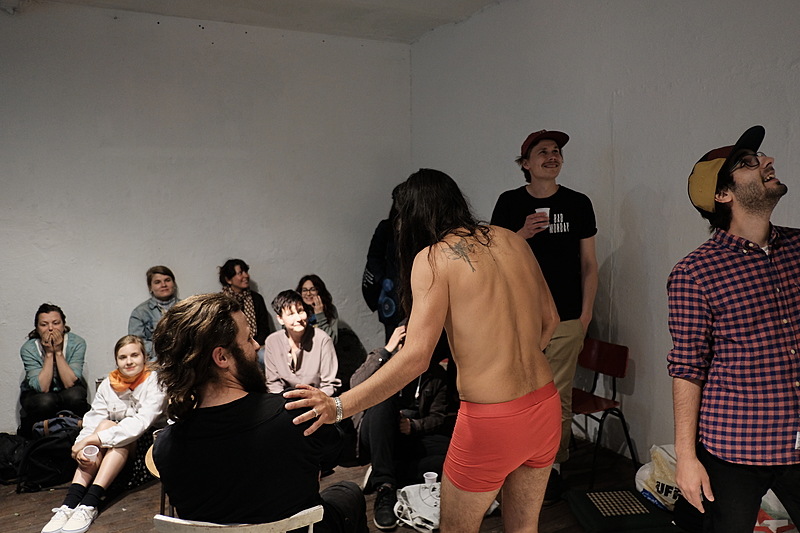 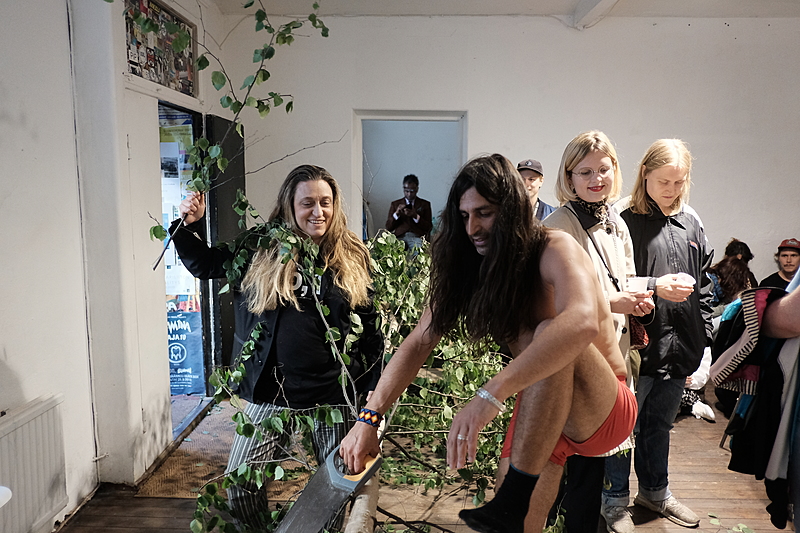 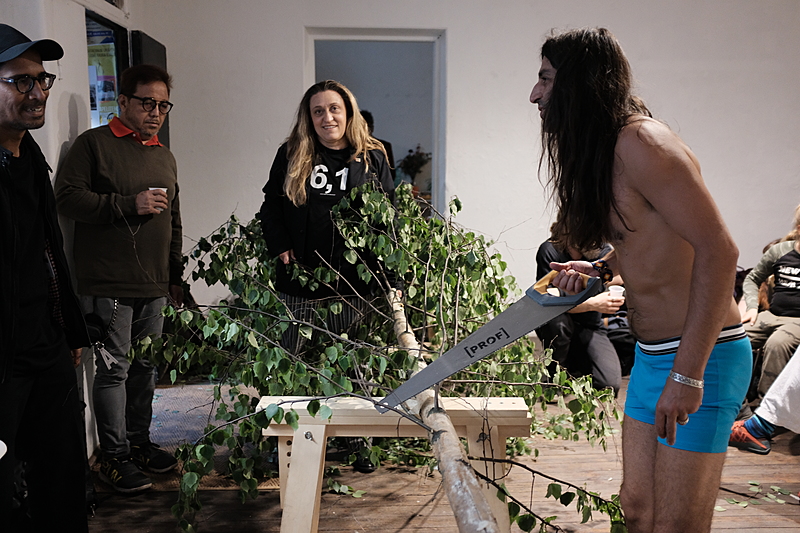 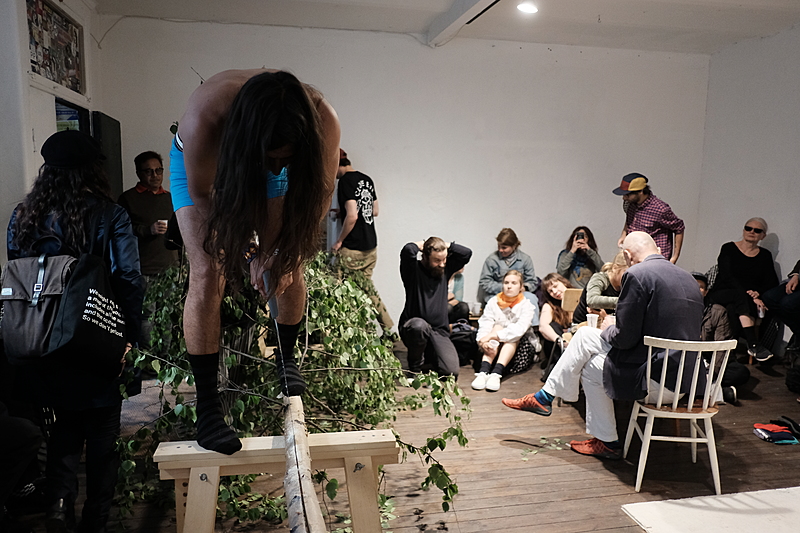 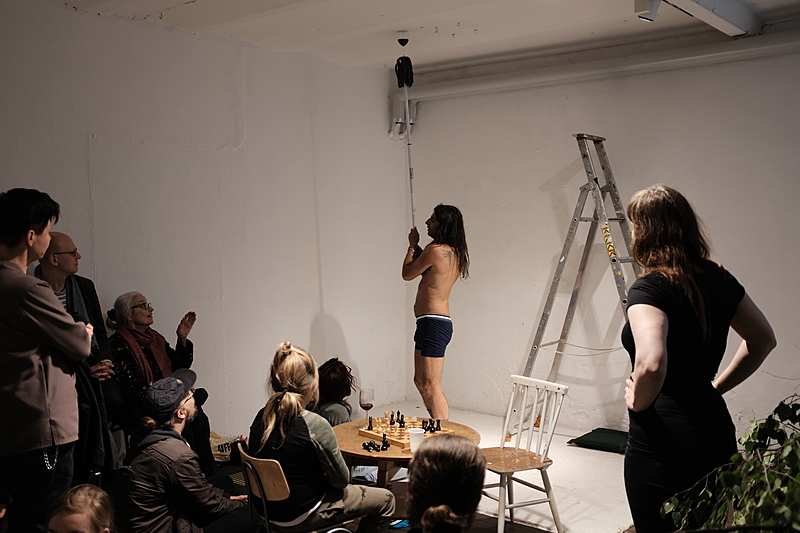 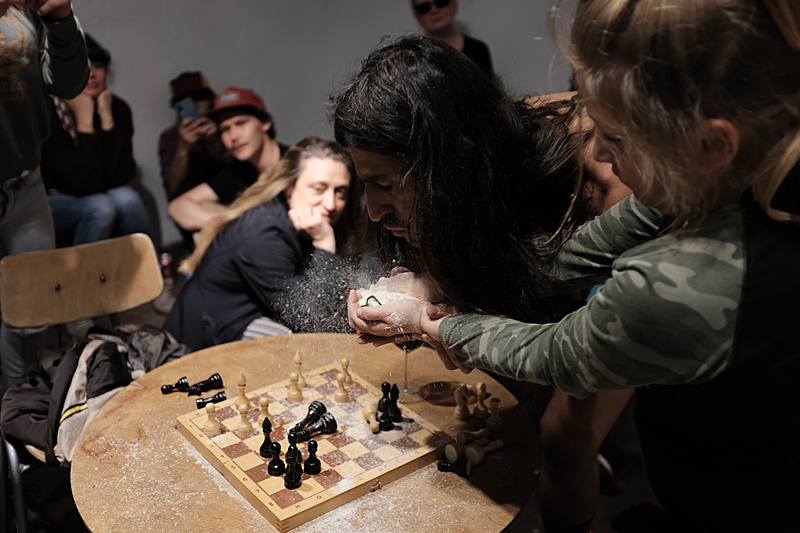 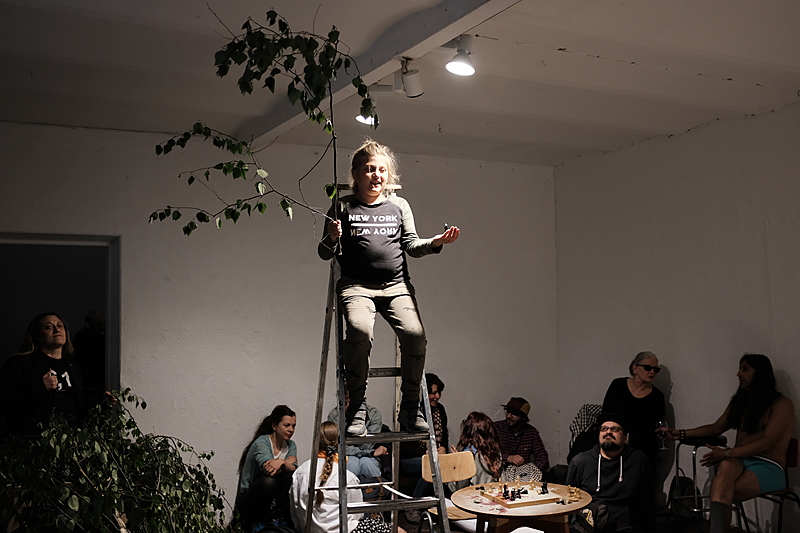 Finally Brigitte Kovacs follows the Sun in its final destination in Kontula with Walking Encounters, with special guest  from the Museum of Impossible forms Marianne Savallampi. This was the final iteration of Brigitte's work with Pixelache this year, but thankfully Brigitte was able to stay for a few days following this to participate in other pixelachey things as they unfolded throughout Breaking the Fifth Wall. 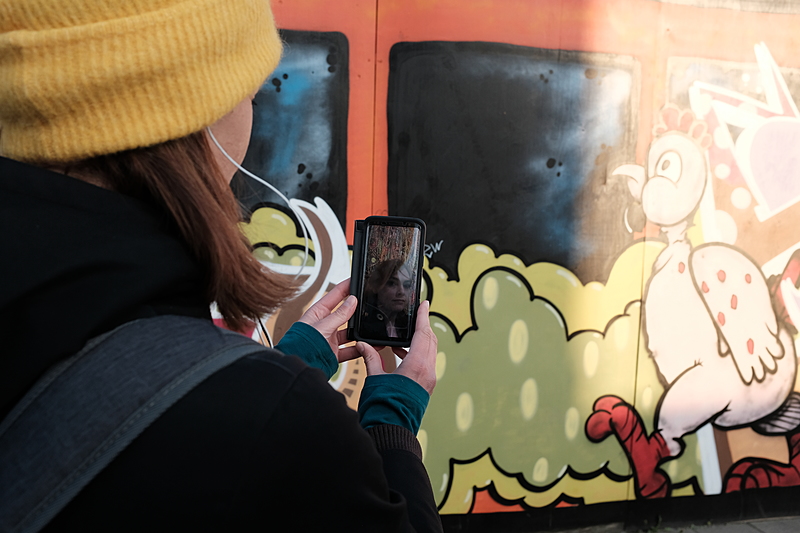 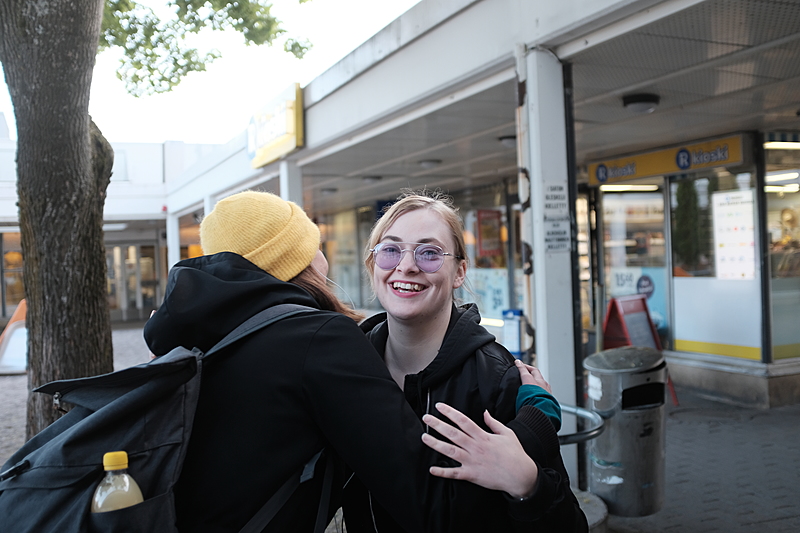 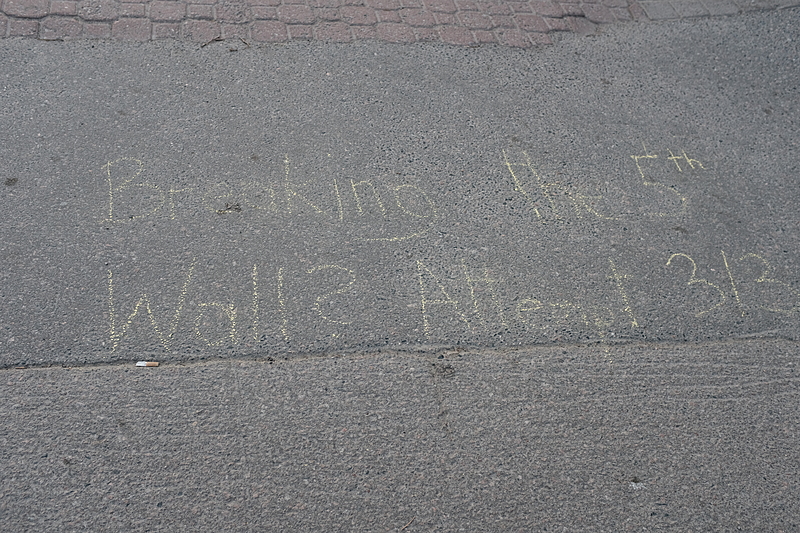 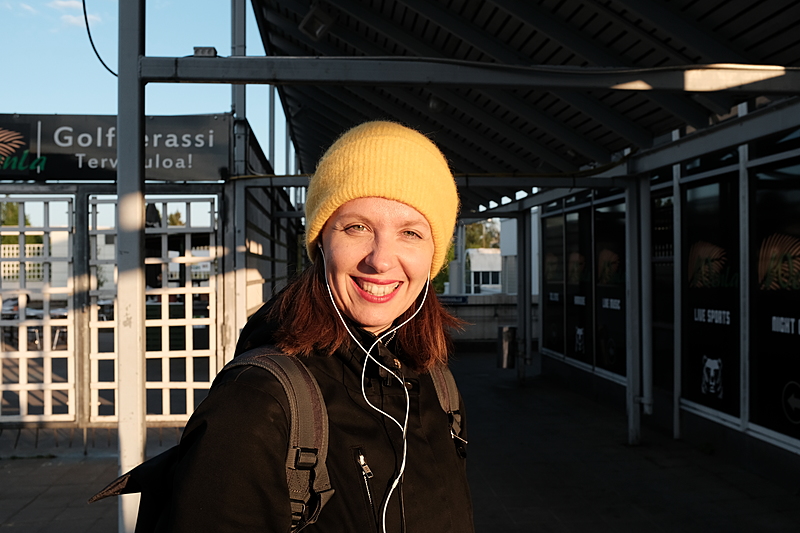 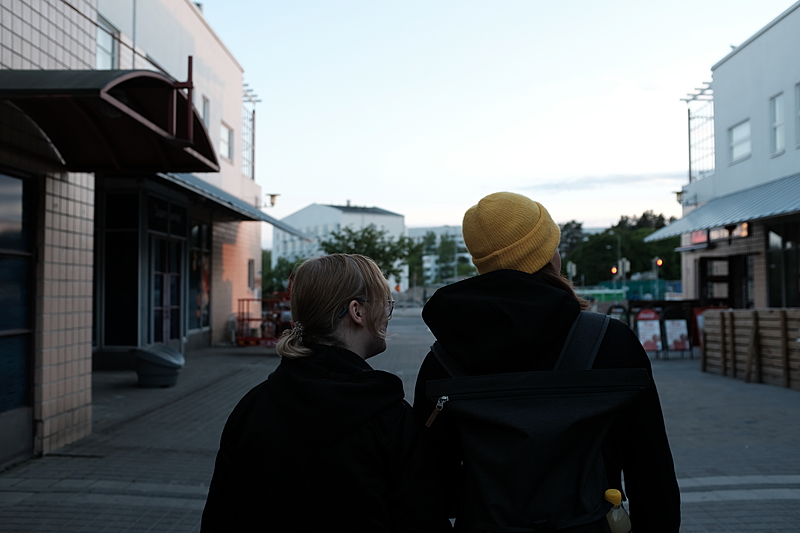 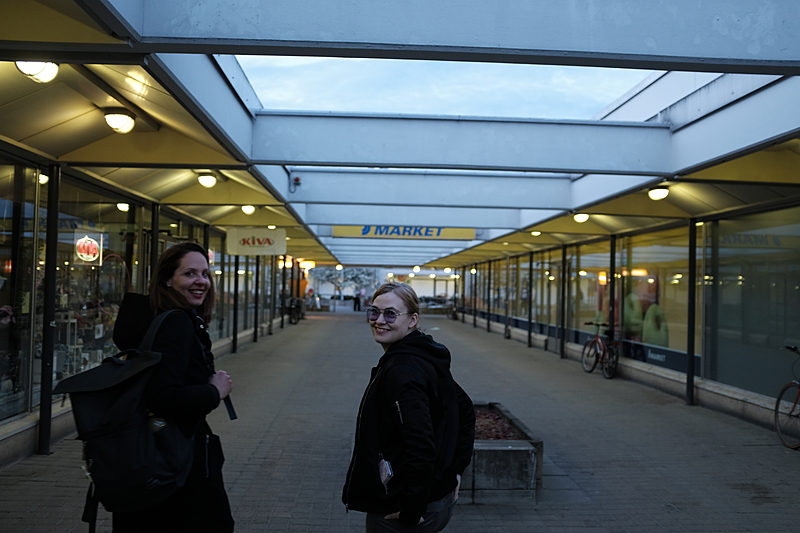 Not much to say, I remember at this point feeling as if I could do this sort of work everyday, oblivious in the moment to the months of preparation that had gone into realizing this week, just three days follow from now, and they are good ones, see you then.